Back before I had any real responsibilities, I spent a lot of time playing various games. I've probably played most of them. Roleplaying games, tabletop battle simulations, although I stayed away from the card games like Magic. I'll rant about that some other time.

My two favorite games were Air Superiority, and Starfleet Battles. As a science fiction fan, I did like Star Trek, and like a lot of boys my favorite parts were the ship to ship combat. SFB simulated that combat better than I'd ever seen before, and even spun off a pretty cool video game that spawned a couple of sequels. I still have the first one. 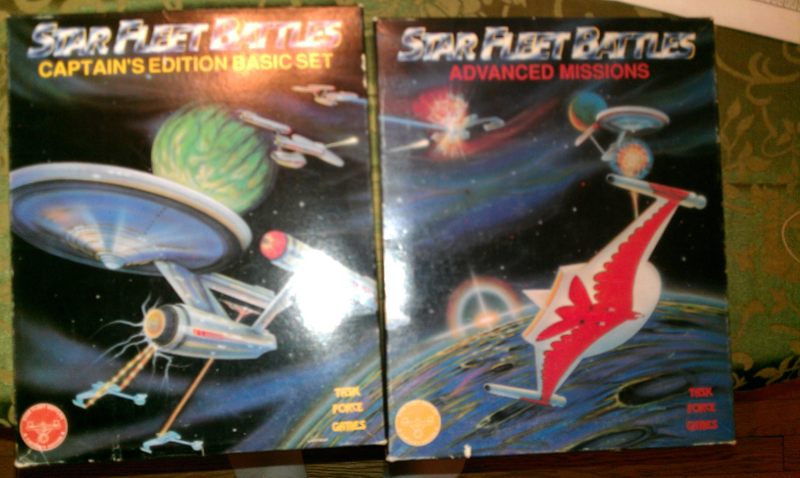 The tabletop game was as complex as any chess game, and a lot more fun in my opinion, so it was with no small amount of nostalgia that I dusted off the game for my 10-year-old son and I to look at a couple of months ago. To my surprise, Jaan ate the game up, even if the rules sound like legalese and combined weigh a few pounds. Now he can't get enough of the game, and I get to play too, which is pretty cool, 'cause I don't have a lot of time for these things anymore and I wasn't sure if anyone around Ottawa played it anyway.

I'm not really interested in all of the new material that ADB has released since I was into the game, as I have plenty of material for it already, and it'll take Jaan and I ages to get tired of it. The physics of the game are broken and there are holes in the logic that I'll go into later, but it suceeds in providing a fun gaming experience, and it's a hell of a lot more fun than playing Monopoly or Clue, with all due respect to those games.

Lets be honest, in the end, boys don't grow up, our toys just get more expensive.