A Pilot Metropolitan with a Smile

Wow, it's been a ridiculous amount of time since I posted anything. The fact is that I've been busy in a lot of non-technical things, like my hobbies. One of those hobbies is working to create, and use fountain pens.

Yeah, I know. Whatever. Fountain pens made me love writing again. Who knew that my hatred of writing was mostly hatred of ballpoint pens and their lousy writing experience?

I'll talk about my side-business on Etsy later (hint: it's http://32pens.ca), but in addition to making pens I do like using store-bought pens, and if you're looking to try a fountain pen for the first time, it's hard to go wrong with the Pilot Metropolitan.

Given that it's Pilot, it does use proprietary cartridges/converters, which is annoying and unnecessary, but it's cheap, decent-looking and it's a great writer. I got mine in a Fine nib, which I preferred when I started with Fountain Pens. As it's a Japanese pen, their idea of fine is more like an extra-fine for the rest of the planet, so these days I actually prefer a Japanese medium nib.

Now, I could order a new Metropolitan in medium, since Pilot doesn't sell parts for their pens ahem, but it's cheaper to buy a whole new pen. Specifically, the Pilot Kakuno. The Metropolitan, you see, uses the same nibs as the Kakuno, the Penmanship, the Prera, etc, and you can just swap them in. Mind you, the Kakuno nibs have smiley faces on them, as they're intended for kids, so my Metropolitan now has a smiley on it. 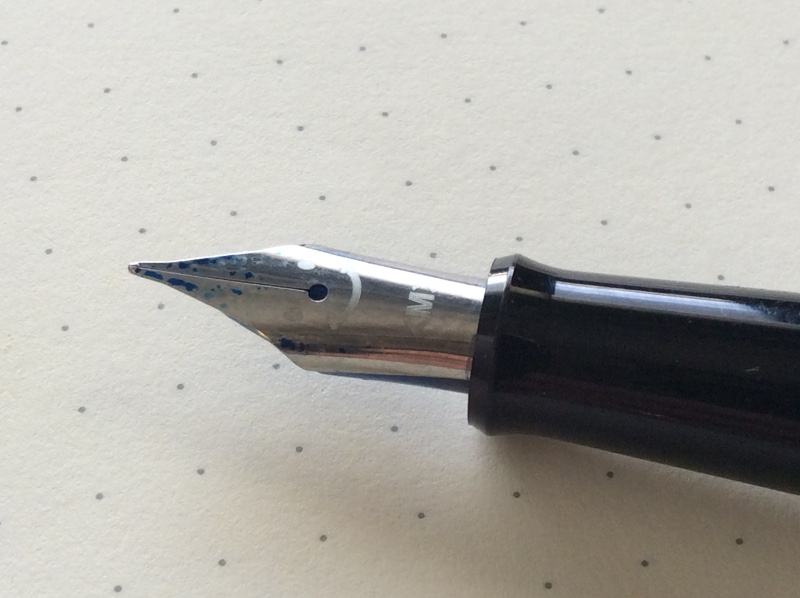 And, my Kakuno now has a fine nib, and is the only place that currently fits the larger Pilot Con-70 converter in my collection. I'm not sure if I'll bother keeping it, as I'm trying to thin-out the pens that I'm holding on to. In fact I'm trying to thin out all of my belongings down to the essentials. Less is more.

So, cheap source of nibs for your Metropolitan, being the Kakuno and the Penmanship, if you can find them. Amazon is a good source for harder to find models.

And now, my pens smiles at me. Weird, but oddly comforting.